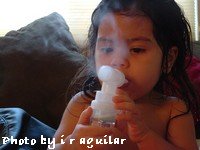 Air pollution health problems are mostly respiratory in nature; because you breathe in and out several times per minute, the first place the damage from air pollution shows up is in your lungs. Makes sense, right? Here's how different pollutants affect people's health. The people who suffer the most, of course, are children and the elderly.

Breathing ground-level ozone does some nasty lung damage. Now, most of these effects on your delicate and sensitive lungs seem to be temporary, and the symptoms do seem to clear themselves up when you cut back on the quantity of ozone you breathe...

...but some studies indicate that long-term effects of ozone breathing might NOT be reversible.

Essentially, it looks like PREMATURE AGING of the lungs.

What health problems can you get from this type of air pollution, you ask?

When it's really bad, you might have chest pain and find it really hard to breathe.

Kids are especially susceptible to ozone damage, because their lungs are just forming. Kids under five are really vulnerable.

You get acute poisoning when the carbon monoxide in the air is very concentrated. This is because one little molecule of carbon monoxide puts PERMANENT HANDCUFFS on one big old hemoglobin molecule...

...and won't let it carry oxygen to your cells ever again, nor pick up carbon dioxide to exhale.

...it TIES UP your hemoglobins.

No worries, you'll make more. We make more all the time. But if production can't keep up with demand... 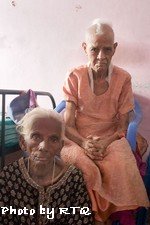 ...then you get acute carbon monoxide poisoning. And die.

The good news is, carbon monoxide in the usual air pollutant concentrations won't kill you...

...unless you're needing ALL your hemoglobin molecules, like if you've got heart problems or are elderly...or are already a SMOKER. Carbon monoxide is more toxic to smokers, because they're already knocking off their hemoglobins left and right with carbon monoxide produced by burning tobacco.

Most of the sulfur dioxide from air pollution won't make it into your lungs, but it doesn't take much of it to cause health problems: A French study a while back found that people visit the emergency room considerably more often on days when there's more sulfur dioxide in the air.

Oh, and they were testing levels that were BELOW the standard U.S. acceptable levels, too. So that makes ya feel real safe; )

...that hundreds of people actually died (immediately) from breathing it? That was sulfur dioxide, along with a few of its friends.

...not only did people get sick from respiratory-type things and have to be hospitalized because of the "killer fog", and not only did they die that month because their hearts and lungs couldn't cope, but more than four thousand people died unexpectedly that year.

Coincidence? Or did "the fog" weaken their systems to the point of failure?

Sulfur dioxide seems to be a big asthma trigger for kids -- more so than for adults.

High levels of particulates are associated with larger numbers of deaths among the elderly; their hearts and lungs fail.

In fact, kids who live in areas where particle pollution is constantly high seem to have STUNTED lung growth. Even when they move to a different area, they don't appear to make up the lost growth.