Build Your Own DC Motor Controller

Paul Holmes built his own DC motor controller, saving himself a lot of money on his EV conversion. This is how he did it. It really seems simple enough that I think I could do it, so that's saying something; )

This is part 3 of my interview with Paul Holmes. The first section is how he built an electric car for about 2200 dollars...

...the second section is his electric vehicle parts list. 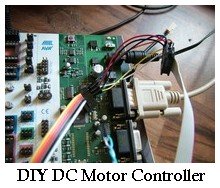 How Paul Got Started on This

Lynne: Paul, not a lot of people tackle the job of building their own DC motor controller. Can you tell me how you started thinking about doing this? 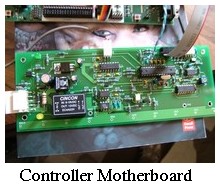 He suggested that I use a microcontroller instead of the 555 timer. I had learned the C programming language when I was younger (I wanted to make video games). I downloaded the free compiler, and started working on writing my first dc motor controller software. That was in April/May 2008.

I took a break from it while converting the car over the summer.

Christmas break came along, and I got bored. It was really snowy down here in Olympia! I decided to make a cheap 144v 500amp motor controller. First, I decided to try to make a smaller 72v 50amp controller to test on my electric bike. I bought a dremel for etching the copper pcb. That worked really well! It was pretty easy(ish)!

I had read about a 144v 600amp dc motor controller that Ian Hooper had made. He had posted some pictures of the power section layout. It didn't look too complicated, after lots of thinking and studying the pictures!

He didn't have a control section schematic, so I went to work on that. I decided that I wanted the controller powered by the 12v battery so I could have possible voltage ranges of 0 to 144v. Usually, companies like Curtis use an internal DC-DC converter which limits the input range to like 96-120v, or 108v-144v or whatever. I got lots of suggestions from the evtech.org list on things like hardware over-current protection. Now we have a control section that is being professionally being made right now by a PCB house. I can make the power section without too much difficulty. In bulk quantities of maybe 20 or 30, I think they will cost like $8 per control board.

You Can Do it Too! 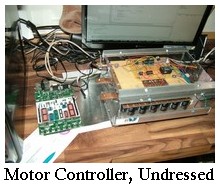 It's definitely something that anyone could do, then.

Well, a kit is really ideal, I think. People could do a group buy of a blank control board, order the list of parts on Digikey and Mouser, and just plug all the pieces into the control board, and solder them into place. It requires knowing the basics of how to solder, and attention to detail, but it's not too difficult. I think anyone could do that part.

Also, it might be good to have a pre-etched PCB for the power section, and precision holes drilled in the PCB and copper heat spreader. Unless you have a mill, or know how to do it with etching chemicals, that's sort of hard to do at home. 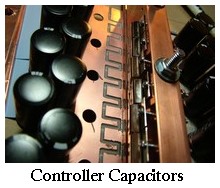 The good news is, there are people with very good CNC (computer controlled) etching equipment that could do like 1000 boards for power sections per day. I think he would do it cheap. Also, there's another guy that offered to do some for free! I don't want to overwhelm him though. That guy's friend also can do the soldering of the components for the control section for pretty cheap, too!

Sounds like a "bunch of friends in the garage" project. 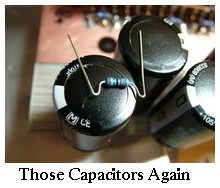 The mosfets and diodes are pretty easy to solder into place. So are the ripple capacitors.

The software is in a usable state. It would be cheaper for people to buy a programmed chip, or they can buy the $80 chip programmer. The ATMega8 microcontroller, which is what I'm using, only costs about $3.50. It also only takes a minute to program it. That would not be a major expense.

Overall, with a little help here and there, and maybe starting with some pre-done parts, I think that just about anybody could do their own DC motor controller!

Here are some characteristics of the current version of the open source DC motor controller: 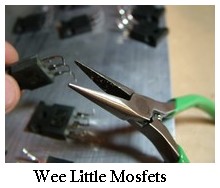 For those who are interested in the "Open ReVolt" DC motor controller project, details can be found on this Ecomodder thread.