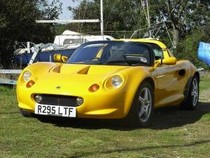 Lithium battery management systems for your electric car: When you need it, and when you don't. (Controversial interview included; )

I talked to Jack Rickard from EVTV, who won't even let a car with a battery management system (BMS) charge in his garage because of the risk of fire...

...and then to Mike Collier from Lithium Storage who sells only LiFePO4 batteries in his shop because of their safety and stability. This time we talked specifically about battery management, lithium batteries, and those mysterious garage fires all over the news lately.

The automakers who make electric cars, like Nissan, Tesla, and Toyota, don't use lithium polymer batteries, and they definitely keep their battery management details to themselves! What we do know is that they use lithium ion batteries with liquid electrolyte and some combination of nickel-manganese-cobalt cathode AND manganese oxide spinel, and ALL the automakers use battery management systems (BMS) for their lithium battery packs.

Lynne: You've taken a sort of controversial position in the EV community, saying that lithium battery management systems (BMS) do more harm than good and are not necessary.

Jack: The BMS business has attracted a lot of quick buck artists who see a fortune in protecting the high cost of the LiFePo4 cells. Unfortunately, the people designing and building these rarely even know how or why a cell is charged and so their design efforts are a little poor.

So you think the problem is less that a BMS is a bad idea itself - it's more that the available battery management systems are built by people who don't know what they're doing.

Essentially yes. But in the process of LOOKING for a good lithium battery management system, we've had now nearly four years without them and very good luck with the batteries! Because we couldn't find one, we didn't have one, and after a certain amount of time just decided they didn't make sense. They do not appear to be needed at all.

BMS systems vastly complicate the car, and fail much more often than the cells they purport to protect. As a result, we've had at least 20 fires now, really quite hideous fires, that seem to point to the BMS as the culprit. We do some basic instrumentation on our batteries...

So what your instrumentation does is make the driver aware of the situation going on with the batteries, the heat and voltage and such, but there isn't an automatic programmable thing that responds to that feedback on its own. Is that right?

Correct...and not only don't use a BMS, we won't allow a car WITH a BMS to charge indoors here. They have to do it outside. In some cases, they are quite lethal.

What is going on with the BMS? You said they fail more often than the cells. I'm sorry to be dense, but what is causing this, do you think?

It is simply a function of complexity. The cell really doesn't have much in it - alternating pages of aluminum and copper foil, separated by plastic. It looks like a book. Once it works, it just works.

Lithium battery management systems invariably consist of semiconductor components, multiprocessors, and discrete components. Generally the power carrying semiconductors are the most common problem. They tend to have negative temperature coefficients, meaning they fail under load.

Component suppliers have gotten to make outrageous claims on the performance of the components based on their performance at a specific temperature. It is up to you to provide the cooling to maintain that temperature. Many of these BMS engineers really aren't engineers at all. So they read the spec sheet on the component and note that it will do 80 amps say at 25C. So they think it will be safe to use it at 40 amps and not worry about heat sink. Actually, this derating is so severe that without heat sink, picture 4 amps on an 80 amp rated device.

So the lithium battery management systems makers claim 80 amps, and people use these on their cars, but 80 amps is only true IF you can keep that semiconductor cool enough, which requires a heat sink, just like in your computer. The difference in capacity with cooling and without cooling is extreme.

And then, the multiprocessors require software development. As these products are rushed to market the software typically is just riddled with bozo bugs that never quite get ironed out.

The combination is lethal. Bad hardware with bad software.

Thanks, Jack. Food for thought.

Correct, the Volt fires seem to all be parked vehicles.

Then I heard that the Kolibri battery makers lost their first Audi A2 to a mysterious fire, too. And seems like Rev. Gadget told me he had a mysterious garage fire and hey, come to think of it - lithium polymer batteries in his conversions.

Also...for the skittish among us, this is more about setting your garage on fire than about blowing up your car on the freeway, I take it? I mean, obviously lithium polymer is safe in an EV, too. It might be hell on your homeowners insurance, though.

First of all, LiFePO4 is super stable and some folks don't need even need a battery management system. It's more for insurance/backup.

Lithium Storage only guarantees their cells with a BMS.

Right. We've had one customer (in two years) experience a fire and that was found to be from a bad connection. But we've had many folks come back to us because they "spaced" and overcharged their pack and now all the cells are either swollen or vented. Or they over discharged their pack trying to get home and the cells permanently flat-lined at 100% DOD. With a BMS, these simply aren't issues.

For lithium polymer, on the other hand, battery management is an integral part of the system for managing voltage and temperature.

I thought all the lithium ion batteries in EVs today super stable - lithium ion spinel, lithium polymer, LiFePO4, and LiFeMnPO4 (LiFePO4's third cousin, once removed). Refer to any of the "shooting bullets into the laptop" video or the "barbecue the laptop" footage on YouTube for more details.

Those tests aren't special. Every reputable lithium cell goes through the same tests. What I want to see is a statement about them being UL certified. Anyone can shoot cells with guns and exclaim "they didn't explode so they're great". The brands we list - CALB, Sinopoly and Realforce - are all either UL certified or engaged in the process for such.

UL certification. I've seen the EVSE certification (pdf) docs, but how does this apply to EV batteries? The documentation all talks about "hybrid batteries". Lists the charge station, the inlet, the circuitry, the onboard battery charger...