When a Peachtree City Golf Cart is your first EV 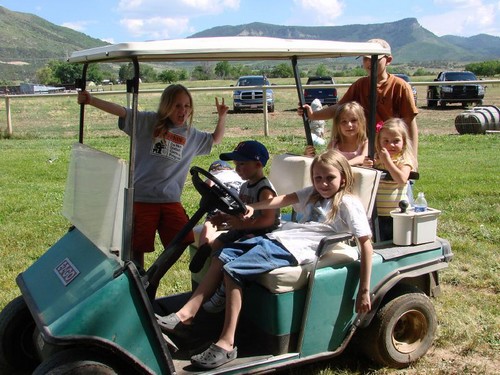 When your first electric car is a Peachtree City golf cart, you already understand what the gas- free future will look like.

Have you ever wondered what a town would look like if electric cars were the rule rather than the exception? This place already exists.

Picture it:  a town with 7500 electric cars registered.

...in other words, a community where the electric car is woven into the carpet of (quieter, cleaner) everyday life.

Now picture that town in the deep South.

The town is Peachtree City, Georgia, and the electric cars are golf cars.

There are at least 75 miles of golf cart paths (some folks say there are as many as 90 miles worth of cart path. I should go measure, don't you think?; ) connecting the residences with the businesses and parks and churches and libraries and schools, and - oh, yeah, also the golf course. I've heard it said that you never have to drive your regular car if you don't want to (although most people do have one. They just never drive it. Sound familiar?), as long as you don't leave Peachtree City.

Of course, a few gas-guzzling golf carts do exist in Peachtree City, too.


Golf Carts in a Different Light

Golf carts have been with us forever. The neighborhood electric cars were modeled on them, and in fact the same laws that govern golf cars also govern the neighborhood electric vehicles, for the most part. If your parents or grandparents have gone south for retirement, they probably have done a little "Peachtree-ing" themselves.

Yes, it's true, that Peachtree City golf cart is slow. So is a crock-pot, and the microwave didn't manage to knock it off its pedestal, did it?

Because there can be some real advantages to taking it slow: 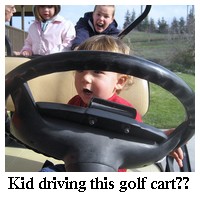 So how to keep them in one piece 'til they're old enough to vote? Give them a car that goes only 25 miles an hour. I'll bet there are a lot fewer tragedies on prom night in Peachtree City than the national average, because all the kids drive golf carts; it's normal. As I mentioned earlier, there's a special parking lot at the high school just for golf carts, and you can legally start driving them at age 12, as long as you've got an adult in the front seat. Then you can drive them alone at 15 with your learner's permit. That's three more years of experience than most kids get, in a car that's way safer than the parents' tired old Buick! 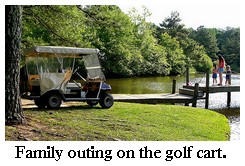 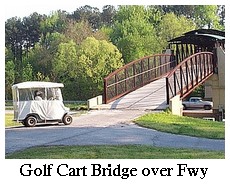 Speeding up your Golf Cart a bit...