Plug In America: The Power of Love

The day will come when, after harnessing space, the winds, the tides and gravitation, we shall harness for God the energies of love. And on that day, for the second time in the history of the world, we shall have discovered fire.

Welcome to the revolution.

Oh, no, I didn't know what I was getting into, either. I didn't realize that getting behind the wheel of that little white electric car in the motor pool would take me through the looking glass into a world where LOVE would make me an enemy of the Oilies - the most powerful, ruthless, and well-armed coalition in the world.

But isn't that the way with revolutions?

I admit - like you, the first thing I saw was the nice body. I got a little closer, and ooh, nice interior, too. I slid behind the wheel and adjusted the seat, and, although I didn't know it yet, it was already too late for me. I was about to be hooked.

I turned the key and heard...nothing.

I put my foot to the pedal, cautiously, and that little white car leaped out of the parking space, so agile, so quick! And so completely, deliciously, quiet. I tuned the stereo to the classical station I love, and for the first time in an automobile I could hear every nuance of the music. Everything. Every flute, every cello, every subtle musical comment, every cough and shuffle from the audience, practically as clear as wearing headphones and sitting on the couch. As I stepped on it and pulled out into traffic, I remember feeling joy. Silly, yeah, I know. The same, silly, animal joy that comes over me when I launch myself off the side of the swimming pool and glide through the water like a seal.

That simple, foolish love of driving.

I remember thinking: I've been USING cars for a while now to get from one place to the next, but I didn't notice until today that I've never really ENJOYED driving a car before. Then thinking: Where have you been all my life?

Three blocks later I was helplessly and forever in love. A mile after that I think I would have traded my HOUSE for that car and LIVED in it, if you'd made me the offer right then.

There should have been a warning label on the dashboard: Driving this car will ruin your marriage to that gas-gulper in your garage.

Oh, but that was only the beginning. That sweet creature that just rolled off with my heart also turned out to be the cheapest of dates, the lowest of maintenance - demanding almost nothing in return for the ride of my life (unlike the gas-guzzler back home!). Every day, I fell a little more in love, and by the end of the year, I would never drive a gas-mobile again without feeling dirty and disappointed, like I was cheating on the love of my life.

I wanted that nimble, athletic little electric car - and not just when I was away from home. I wanted Happily Ever After.

Can you hear the music change, see the dark clouds forming? Is that a dragon out there in the distance about to swoop down and make off with my beloved?

If you're Canadian, don't feel left out! Join your own very own revolution with EV Canada and get electric cars on Canadian roads, too.

After all, I was talking about "revolutions" and "powerful enemies", wasn't I?

Well, yes. One day my darling just disappeared without an explanation.

What I didn't know then that my sweetheart didn't leave me, didn't die of natural causes...

So Who Killed the Electric Car, Anyway? 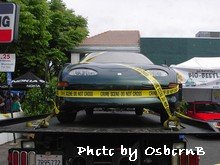 In Who Killed the Electric Car?, when I saw the EV-1 owners lined up along the road, holding vigil around the clock in the pouring rain for weeks at a time, I thought: Now, that's not your usual band of freedom fighters, there.

What makes a bunch of folks with careers, money, homes, spouses - you know, LIVES - stand out there soaking wet in front of the GM parking lot, then get arrested, then hire a helicopter, and hold a funeral... 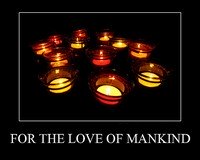 Look at them out there. There's a little crowd of human beings, willing to take action, willing to spend time, effort, and money...for love. Not fear, not jealousy, or hatred, or greed, or desperation. Love.
Love of their cars, sure, but also love of the planet and all the crazy critters that live on it.

Well, that makes them pretty dangerous, doesn't it? A person like that could do just about anything. (Like hacking the Prius to build plug-in hybrids, for example.) No wonder they've made powerful enemies.

Hey, we better catch up. There go our people; ) 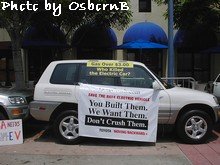 Our grassroots, power-to-the-people political organization is called Plug In America. The people you saw in "Who Killed the Electric Car?" can be found here.


Now that you've gotten your bearings, time to head over to headquarters and see what needs to be done, hm?

There's action to be taken. Volunteer at Plug In America to help get electric cars on the road where they belong! What kinds of skills do you have? I'll bet there's something for you to do. There's fundraising, writing, website maintenance, all sorts of things.

Write your elected officials. You can sign up to get notifications on Plug In America's website about upcoming EV policy decisions at the state and local government level so that we can all join our voices together to get more electric vehicles on the road.

Donate as much as you can. This is how I look at it: If I was forced to buy gas today, I can push back when I support Plug In America financially. The lights don't stay on by themselves, and Plug In America is working to make sure we don't ever have to buy gas against our will again.

It feels way better than paying taxes, and is deductible.

If you've never done this kind of thing before, don't worry. You're not the only one! Some of us are wily old activists, and some of us just happened to fall in love with a car. It doesn't matter to us where you came from: we're all on the same team.

See ya around the revolution!