Recycle a lead acid battery, and where does it go? 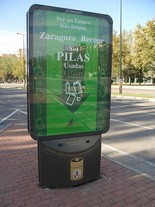 "Recycle a lead acid battery whenever you replace one," says the sign on the wall of the marine supply shop in town. They'll charge you 5 bucks if you don't, actually. "Lead-acid batteries are the environmental success story of our time, sings the "recycling" page of the Battery Council International's website. "More than 97 percent of all battery lead is recycled."

Most of us feel pretty green when we take our batteries back and responsibly dispose of them. Sure, Dad used to leave those rotting Exides behind the garage, but we'd never do that! And we don't have to. There's an excellent battery recycling program, thanks to the efforts of the Battery Council. In just about every state, they've put programs in place to recycle and reclaim that lead so it doesn't end up in the local landfill. 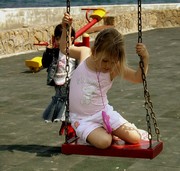 Can't argue with that; lead is bad for you. It used to be everywhere, in paint, in pipes, in casserole pans...but when we discovered it caused permanent brain and kidney damage - especially in children - we stopped using it in most things that come into contact with the public. The exception is, of course, the lead acid battery. We use more and more of these every year, and if we electric car people have our way, there will soon be an electric car in every driveway.

Most of those use lithium. Not lead.

A few years ago, Greenpeace investigated the "battery recycling" industry to see what exactly happens after you take your battery back to the store under BCI's widespread lead acid battery recycling program.

This is what they found:

It appears to make good economic sense to export our dead lead batteries to be "recycled" elsewhere, so our companies are happy to do that. But Greenpeace discovered that there is a "double standard" that applies to the international toxic waste trade. For example, in the US, workers in the lead recycling industry are required to use full body protective gear when they handle lead. Contrast that with a facility in the Philippines where Greenpeace discovered factory workers pulling batteries apart with their bare hands.

The Myth of Automotive Battery Recycling

Here are some excerpts from the Greenpeace report by Cobbing and Divecha entitled "The Myth of Automobile Battery Recycling":

Indonesia -
"Greenpeace visited IMLI, the largest battery waste importing plant in Indonesia, located south of Surabaya. IMLI burns 60,000 tonnes of lead acid batteries at the plant each year. Clouds of smoke and ash from the factory have been descending on the community since IMLI began operation (in the late 1980's), rendering nearby rice fields infertile. Local residents complain that ashes from the factory often fall in their wells and on their food.... 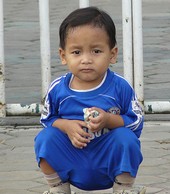 IMLI also dumps its waste slag - a mixture of lead and plastic from the furnaces - outside its factory gates. Villagers collect the slag, take it home, and smelt it in woks over open fires in their backyards. The lead spills onto the ground as it is poured off, while molten plastic floats to the top. The villagers then try to sell the extracted lead content of the slag...."

Can we do better than this? Yes. In recent years, sustainability scientists have been researching lithium battery disposal - the stuff most of our new EV batteries will be made of.

Battery Recycling as a Business, which talks about lithium battery testing and restoration as well as recycling; and

How to Recycle Batteries, talking about what happens to batteries after you take them back to your local recycling center.


The UN's response: The Basel Convention 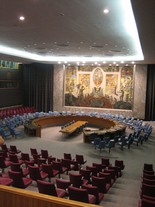 When the United Nations noticed that wealthy nations were sending their toxic trash to poorer nations, they drew up an international treaty called the Basel Convention to protect developing nations from this "free trade".

The major points of the Basel Convention?

The appropriate methods include...

This is just responsible behavior, isn't it?

Nobody wants lead in their drinking water and food supply. Nobody wants the kids playing in a pile of leaking batteries. And nobody can afford to safely handle the toxic stuff better than the countries (like US) who generate the most hazardous waste. If we have to deal with our own garbage, we're going to be more motivated to produce as little of it as possible!

The Basel Action Network (BAN), based in Seattle, is a non-profit organization which functions as an information clearinghouse and watchdog agency, observing the implementation and enforcement of the Basel Convention. Lead battery recycling is definitely one of their concerns!

The BAN reports that there are some 160 members of the convention now - including China, the EU, and Australia - but the United States is not one of them.