Who Killed the Electric Car, Anyway?

The 2006 film, "Who Killed the Electric Car?" explores the question: If free trade is so free, why can't I buy an electric car at the local autoplex?

That's how it was back then.

Why are we still talking about a documentary film made in 2006, Lynne?

From my perspective now in 2018, this movie was the crack in everything (electric car related) and that's how the light got in. (Thank you, Leonard Cohen.)

Read on and see if you agree.

Have you seen “Who Killed the Electric Car?”

The film defined a line-in-the-sand moment in American social activism, dragged a spotlight to the intersection of big money and American politics, and acted as a preview of the Occupy movement. GM and Chevron seemed pretty sure that nobody would ever know what they'd done, so they could never be held accountable for their actions.  Wrong! Haha!

But I'm getting ahead of myself.

Here's the general idea of the film. Back in the prehistoric era, before the mid-90's, automakers like Toyota and GM weren't producing electric cars, not even as a tiny, top-drawer, elite market. (Well, not many. Some were producing limited numbers for fleets.)

Why not, you're wondering? 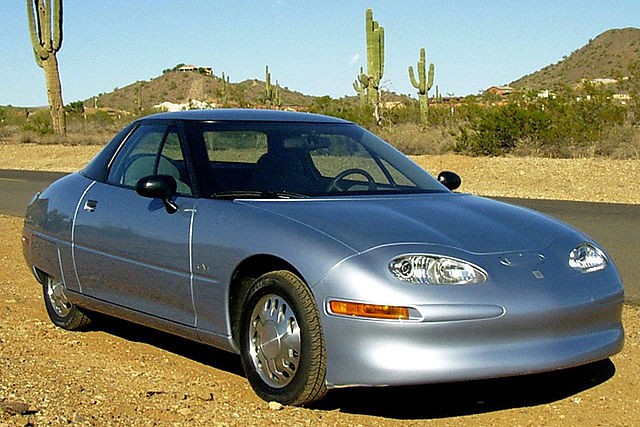 To prove how undesirable electric cars were, in 1996 GM built the excellent EV-1 and Toyota built the outstanding first generation Rav-4 EV and leased them to customers in California. Now, California is well known for its strict environmental laws (eyeroll), and it's also well known that Californians are pie-in-the-sky environmentalists who wear only Birkies and eat only granola (eyeroll). The public will soon see that electric cars are a terrible idea; impractical, foolish, unprofitable, and then we will all just get back to business as usual and forget about it.

Well. That experiment backfired spectacularly, as the saying goes.

The lease customers fell in love with their cars! Turns out, no matter what GM did to try to discourage people from wanting more and more EV-1s, customers DID want them. They got on waiting lists. They jumped through whatever hoops GM set up. And the battery technology - large format nickel metal hydride batteries (NiMH) - worked just FINE; mile after mile, day after day.

Oh boy, well, that's a problem, said the oil company bigwigs to the automaker bigwigs, shaking their heads (I imagine; ). These electric cars are going to be the DEATH of us. Do you realize they don't use any GAS? Can't you see they don't need OIL changes? You just sell them once, and they run forever! Where's the profit in THAT? What are you trying to do, automakers? Destroy the US economy and life as we know it with your little Californian experiment?

Sorry, sorry, it got a little out of hand, the automakers replied. No problem though, the cars are all on leases. We'll just recall them, and then crush them, and before you know it all those lease customers will be ready for us to sell them a gas guzzler.  Problem solved.

It better be, replied the oil company bigwigs ominously. Just in case though, we will buy up the patents on large format NiMH batteries and then sit on them so nobody can make these dreadfully excellent electric car batteries anymore.

Brilliant! said Toyota. We're out. Just leave us our Prius batteries, because profits.

Done. Now get those electric cars recalled and crushed.

You first, said Toyota to GM. 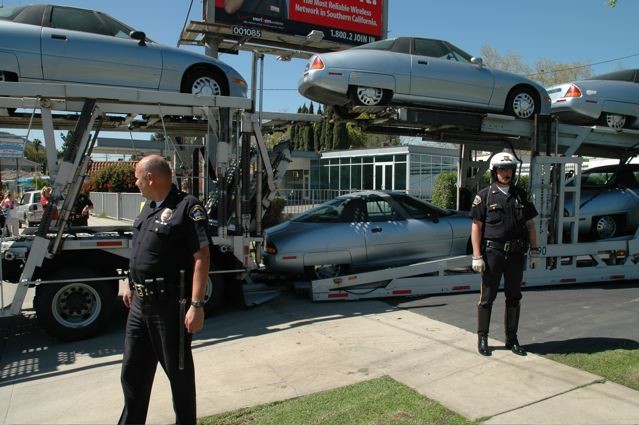 Photo by Plug in America

So GM recalled all their EV-1s, and crushed them. Their owners (or lease holders, I should say) protested. They vigiled. They wrote letters. They staged a funeral. This documentary film got made, and then got released, and then got seen - and here's the kicker - by audiences OUTSIDE California.

Mayhem! Cat out of the bag!!

And then what happened?

Well, by now you've seen “Who Killed the Electric Car?”. Right? If not, it's a worthwhile investment of your time to see where we've been and how far we've come in the last decade or so.

(BTW the sequel is called "Revenge of the Electric Car", and it's fantastic too.) 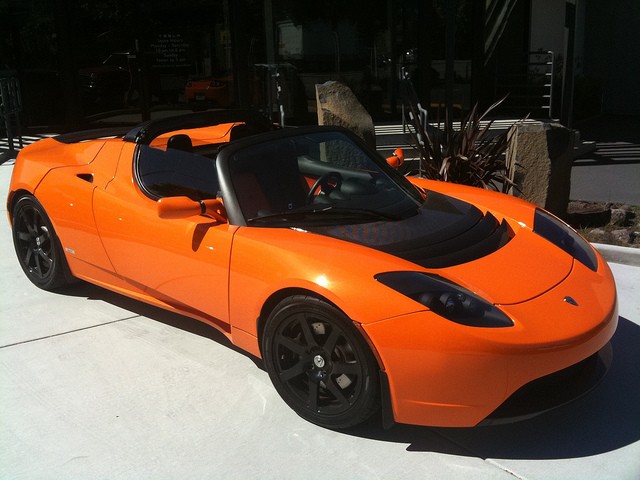 Tesla came out with their Roadster in 2008, two years after the film was released. Today, the Tesla Model 3, an all electric car, is the best selling American car in the US. It's very nearly the best selling CAR in the US, full stop. (#4, as of the time of writing.)

Nissan started building their all electric LEAF in 2010.

Chevy started selling the excellent plug-in hybrid Volt at the end of 2010.

Other automakers joined in over the years, and today electric cars are flying off the shelves.

Unbelievable. So how did the electric car industry get from 0-60 so fast, you ask?

(That's just how electric cars - and motorcycles, and bikes, and boats – roll!)

...which was what “Who Killed the Electric Car?” provided. 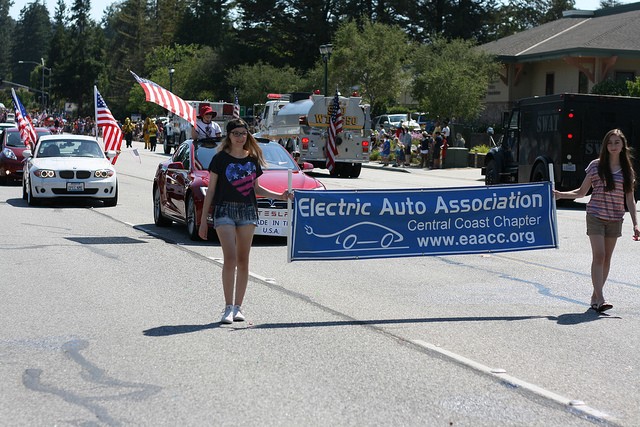 The rest of the momentum was provided by electric cars, and electric car people, themselves. Remember I said Tesla was the best selling American car in the US? Here's the really amazing part: they have captured that spot with NO ADVERTISING. They don't need to. Electric cars sell themselves. They're quiet. They're clean. They're great fun to drive.

Come to a National Drive Electric Week event and drive one of our cars around the block. When you do, I'll bet you are going to want an electric car, too.


Back to Plug In America!