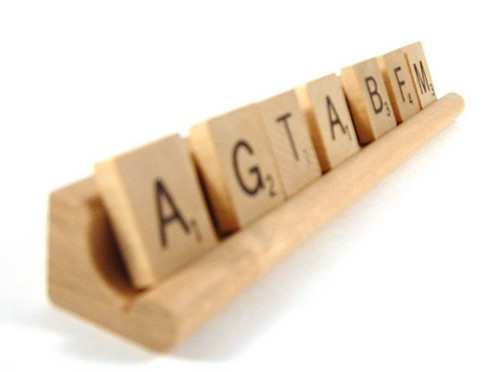 Wondering about all those strange letters of the electric car world? You know, BEV, OEM, CCS, DCFC...? I'm about to explain them; not just what the words behind the letters are, but what we actually mean when we say it.

I'm sure this list is far from comprehensive, but hopefully it will help make some sense.  Here we go.

AC: Alternating Current. This can either be referring to the current that flows through the motor of the electric car, or the electricity that you get from the grid.

BEV: Battery Electric Vehicle. Means a car that doesn't use any gas. 100% electric. I've only seen this term in the context of California Air Resource Board (CARB) rules and some academic papers.

BMS: Battery Management System. Electric cars with lithium ion batteries have a computer based “battery babysitter” called a BMS to keep track of balancing, rate of charge, and the temperature of each cell.

CAFE standards: Corporate Average Fuel Economy. These are regulations put in place by the US government to improve the average fuel economy of cars sold in the US.

CARB: California Air Resources Board. In the electric car world, this is the governmental body which pushes back against the cozy relationship between federal auto emissions standards and the fossil fuel industry.  The federal government, in Republican-dominated years, wants to loosen regulations on SUVs and trucks (high emitters of pollutants), making them cheaper and increasing their market share. The CARB always wants super low emissions vehicles, no matter which flavor of administration holds the reins in Washington DC. Why? Because Los Angeles is bowl-shaped, which traps auto emissions where people and animals are forced to breathe them. That geography is a constant which motivates CARB's policy agenda.

Do we hate CARB or love CARB? We love CARB because they love electric cars, although they sometimes make compromises with the federal government which we hate.

DC: Direct Current. This usually refers to a particular type of electric car motor, the series wound DC motor, one often seen in electric car conversions. DC is also the type of current that comes from a battery.

It's faster than level 1 (120v) or level 2 (220 v) charging, as you've probably already figured out!  DCQC-ing works differently, however; it doesn't use the on-board charger in your car, but bypasses it to dump charge directly into your battery at the rate of 62.5 kw or so at 480v.

Q: Why isn't it called a charger, or charging cord?

A: Because the charger is inside your car, not inside the cord.

FCEV: Fuel Cell Electric Vehicle. This is an electric vehicle that charges via a hydrogen fill rather than a charging station. CARB designation.

GOM: Guess-O-Meter. On the dashboard of every electric car is a gauge that estimates how many miles you have left in your battery pack. The readout changes frequently,  minute to minute, depending on how heavy your accelerator foot is, how cold the day is, how much heat or air conditioning you use, how many passengers or bags of potting soil you have in the back, how hilly the terrain...you get the idea. The GOM is almost never accurate, and it's almost never reassuring. Useful for producing range anxiety.

ICE-hole: Somebody who parks their ICE machine (gas-guzzler) in front of a public charging station in a space intended for electric car charging.

LiFePO4: Lithium Iron Phosphate. A type of lithium battery chemistry not usually used in OEM electric cars, but often used in conversions. These batteries have less energy density than lithium ion, but have greater power density (can tolerate very fast charge and discharge without degradation) and are safer, as they are much more chemically stable than lithium ion.

KW: Kilowatt. It's a unit of electric power. In the electric car world, this usually refers to the rate of charging; for example, my 2013 Nissan LEAF has a 6.6 kW charging rate (at 220v).

KWh: Kilowatt Hour. This is a measure of the total capacity of your battery pack. For example, my 2013 Nissan LEAF has a 24 KWh battery pack. The electricity that comes to your house from the grid is measured in KWh.

NEV: Neighborhood Electric Vehicle. This is a type of small electric car, often based on the European or Japanese production Kei cars. They are limited by law to 25 mph in most places in the US. The Zenn and the Miles were two well-known NEVs in the US.

OEM: Original Equipment Manufacturer. We use this term to distinguish a car like a Tesla or a Nissan LEAF from an electric car conversion such as a VW Beetle which has had its internal combustion engine and gas tank removed and replaced with an electric motor, controller, and battery pack.

PHEV: Plug-in Hybrid Electric Vehicle. A gas-electric hybrid that you can plug in to charge. Mostly a CARB designation.

PZEV: Partial Zero Emissions Vehicle. I know, I know, you're saying “partial zero? How does that work?”, right? It's a CARB category of cars. Well, two categories of cars. There's PZEV and AT (Advanced Technology) PZEV.

AT PZEV (Advanced Technology Partial Zero Emission Vehicle) is the same as PZEV except with the addition of advanced technology components. - like a hybrid or a fuel cell.