Well, why didn't we all buy an electric car two years ago? I remember feeling so helpless, watching the price of a gallon of gas go up and up. Didn't you?

We said that when gasoline prices hit 2.00 a gallon, we were gonna quit driving and just WALK everywhere.

Guess what? We didn't.

Because the husband has to get to work, the kids have to get to school, the cat has to get to the vet, and so forth...we just coughed it up, because we didn't think we had a choice.

Now, it's 3.39, down from 4.60(!), which we also had to pay, having no choice, while a few happy people in Armani suits enjoyed their record profits. 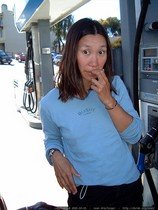 Good for them, profiting while their customers starve. But as much as we've enjoyed helping them buy another Mercedes out of our kids' college fund...

And of course, we all know instinctively that the fossil fuels aren't going to last forever! (They can't!)

...which seems like the same thing as 'gas is too darned expensive', but isn't quite exactly!

Even though electric cars are still theoretically in their high-dollar prototype stage, they're STILL not too expensive to buy. NEVs and EV conversions are low-cost electric vehicle options. Then after you take your electric car home, it just gets better! The cost-per-mile is measured in pennies, not dimes. It costs about fifty cents to power up for the day - even with the price of today's electricity from the GRID.

Laugh your way past the gas pump (wave!); then when you get home, plug in your car next to the toaster and power up while you sleep (and when electricity should be cheapest because of low demand).

A little aside about electricity from the grid: 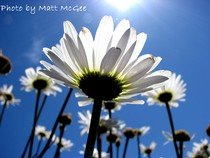 As you may know, a lot of our electricity is generated the REALLY old fashioned way: with coal being burned to boil water to produce steam and turn turbines and finally make electricity.

This is a bad way, because coal is 90% carbon, and burning it for any reason heats up the atmosphere.

So, you might ask quite reasonably, what have we accomplished by getting out of our internal combustion car and hooking up to the coal-coughing grid? Here's an interesting discussion on electric cars and coal-generated electricity.

Truth is, even using coal, the worst source of electricity imaginable, you put less carbon and pollution in the air because your electric car is more efficient.

The rest of that story is that we have choices on what we use to generate power for the grid. We can use non-polluting wind, solar power (and you can even unhook from the grid altogether and get you some solar panels to generate your own electricity) and hydroelectric power to get juiced.

Unlike me, electric cars are remarkably low maintenance ; )

The motor has only ONE moving part.

The fossil-fuel-mobile, by contrast, has about a MILLION moving parts in it's engine and drive train, all of which RATTLE and make a bunch of RACKET and OVERHEAT and need to be tightened up, replaced, or bathed in slime regularly.

(Am I the only one who needs a courtesy call from the mechanic to get the oil changed on time?)

I don't know about you, but I can't even gap my own spark plugs...

...although I think it involves a quarter or a dime or some other coin. I forget which.

Anyway, I want a car that MINDS ITS OWN BUSINESS, for the most part. Some days it takes all my attention just to drive on the correct side of the road!)

One thing I DO expect from a car is not to get STRANDED anywhere.

BORE me with reliability.

You know how the standard gas-mobile's engine lifetime is measured in 100,000 mile increments? For example, an American car might go a hundred or so thousand miles if you take REALLY good care of it, and one of those wonderful Japanese cars might go three or four hundred thousand.

Well, an electric car's motor lifetime is measured in MILLIONS of miles.

90 years, if you drive it fifty miles a day.

Here's a point that sold quite a few ladies on the earliest versions of electric cars back in the day:

No gasoline on board...

...so no catching fire or blowing up or whatever if you crash.

(Sorry, Hollywood. I know it's an old standby.)

Noise is one of the biggest polluters of our times. It stresses us out, even when we're used to it.

Electric cars are pleasantly quiet compared to your average noisy smog-cougher, which is packed with sound-proof insulation to fool the ear as long as you're INSIDE the vehicle. But pity the poor fool who lives by the freeway...

...not to mention the poor animals, wild and domestic, who have to live with the constant ROAR of gas-burning TRAFFIC in their ears.

Now picture yourself driving your electric car at your local national park, and having to HONK at the wildlife in the road because they didn't hear you approach. (Okay, okay, sorry, I know that's rude to the animals. Thanks for writing in.)

No toxic air pollution falling out of the tailpipe and into our lungs. Electric cars are ZEVs, which is car-jargon for Zero Emissions Vehicles. Unlike a lot of automaker-speak, that phrase means just what it seems to! (Um, what's a partial zero emission vehicle, anyway? Which part of zero?) Hybrids are not ZEVs, but they do a much better job at keeping the air clean than gas-chuggers do.

Even the friendliest internal combustion engine gobbles up oxygen and puffs out clouds of carbon dioxide. It's just the nature of burning; you can't get away from it.

As most of us are all too aware of, now, carbon dioxide is one of the major players in the global warming game. It goes up into the atmosphere somewhere and traps in the sun's heat, and before you know it you're suffering the effects of global warming - monster hurricanes, starving Polar bears, and record heat waves.

But every electric car on the road is one less gas-guzzler, one less tailpipe. Every time we drive an electric car, we're doing something REAL to keep our planet liveable for our children.