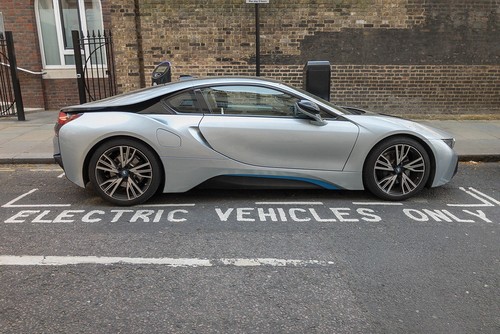 Below are some electric car facts and frequently asked questions from the e-mail bag.

Here at Electric Cars are for Girls, there is no such thing as a wrong, bad, or dumb question. I mean, when I first got my Nissan LEAF, I didn't even know how to plug in the charger correctly! (A Volt owner at my hometown charging station came over and gave me a quick tutorial.)

So, no need to be embarrassed. I'll share with you my answers to some of the most frequently asked questions, and if you've got a question that belongs on this page, hit me up on the contact page or hop on over to Facebook and we'll do our best to answer it.

Electric Car Facts According to Lynne

#1: You're not going to forget to charge. Literally never.

#2: Electric cars are available in the whole price spectrum from affordable to expensive.

#3: Your electric bill won't skyrocket if you charge at home.

#4: Range anxiety? It's not really a thing. You won't get stranded.

#5: Your electric car is probably not going to break down.

#6: Your battery pack is probably not going to need replacing. 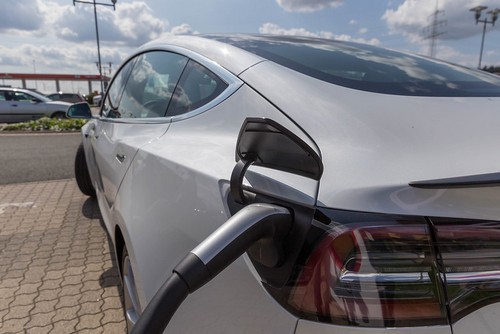 This might sound kinda dumb, but what if I forget to charge? I sometimes let my gas tank get pretty low.

I thought this at first, too; so if it's dumb, that's both of us!

You'll find, like I did, that charging your car is more like plugging in your phone at the end of the day than it is like filling up your gas tank when the light comes on. You really just don't forget. The plug is right there, staring you in the face when you drive in to the garage. I think I forgot to plug in once, but I wasn't that low on charge anyway. Easily remedied.

Depends on your circumstances, though. I lived in a more rural area when I first got my electric car, and I always plugged in at home. Distances to the grocery store, school, whatever were greater, so I plugged in every night just as a habit. In the morning, the battery pack was full.

I charged up with an ordinary grounded wall outlet using the EVSE provided with the car. Nothing to install, nothing to buy.

Where I live now in the city, the distances are short. It's 5 miles to the other side of town, so you can take a lot of local trips on a 100 mi. range battery pack. If you're like me and have no charging at your apartment, it will be all about the opportunity charging.

Going to the library? In my town, there are charging stations out front, so you plug in for a few minutes while you're parked.

Headed to Walgreens? There's a charger outside. If it takes 15 minutes to fill your prescription, that's 5 miles back in the tank.

Stopping for a beer or a pizza at Annette's? There's a charging station across the street. Annette's is a half mile from home, so it's no big deal to leave the car on the charger overnight if needed.

It all adds up. Just remember ABC: Always Be Charging. It's NOT bad for your battery.

Or? If you're like me and prefer not to pay through the nose for that new car smell...

...you could find a used EV for even less. There's a dealership not far from where I live that specializes in used electric cars, and pretty much everything they offer costs less than $25k.

Am I going to have a HUGE electric bill if I charge up at home?

Electricity costs about ten cents per kWh.  (Some places are more, but not much more than that, and 10 cents is easy to calculate!) If you have a 24 kWh pack, like my Nissan LEAF, it is 2.40 cents to fill it up from completely empty, which is 80-100 miles. If you did this every single day, that's...um...(calculating) 72 dollars a month.

What if I'm out driving and I happen to run out of charge in an unfamiliar place? It's not like there are charging stations on every corner.

This actually happened to me once. I'd driven 60 miles or so to pick up my rescue dog from the shelter, and the charger I was counting on to get home was BROKEN.

The thing to do is get the PlugShare app on your phone. It will tell you where the nearest charging station is located, and if it is in use.

That's what I did. I quickly got on PlugShare and found another charger across town that was working properly, and – bonus! – across the street from an excellent pizza joint. We charged up without incident and went home.

Who is going to fix my electric car if it breaks down?

Right?? I admit, I was worried about that, too. I lived out on the Oregon coast when I first bought my LEAF, and the nearest dealership was 100 miles away. Not going THERE for service!

The sweet thing about an electric car is that there is pretty much NO service required.

I took it in to the local auto shop once to get the tires rotated, aligned, and balanced; the auto shop guy watched a YouTube video on his phone to see how to change the cabin air filter; he filled the windshield washer fluid, changed the wiper blades...

...and that was pretty much THAT.

Oh, and there was that one time I left it plugged in charging for three days and it ran down the 12v accessory battery.  I didn't have to replace it, fortunately! My friend Sherri Lynn came over with her trickle charger, and by the next morning it was charged and ready to go.

So: don't be like me and leave your LEAF plugged in after it has finished charging. Overnight is fine. A couple of days will run down your 12v battery, and if the battery is old or you run it down far enough, it might not revive.

If you have to replace the battery (they last about 3 years), it just takes an ordinary 12v starting battery, and in 2018 the estimate was about $100. On my LEAF, the tires, the battery, the wiper blades, the cabin air filter, they were all available at the local auto parts store.

What if I have to replace that battery pack, though? Isn't it horrifically expensive?

Good question. First, the electric car manufacturers offer 8-10 year warranties on the battery pack. Mine did not degrade at all in 5 years, but if I had lost significant battery capacity, Nissan would have replaced the pack.

Second, this battery degradation hasn't happened all that regularly in the modern history of electric cars; so it seems that the manufacturers, such as Nissan, are not perfectly prepared to respond when it does happen. The degradation happens most often in hot climates.

If you live in a hot climate, you will be happier with an electric car that has water cooled batteries. Extremely warm temperatures degrade batteries faster, both charging and discharging.

Third, “horrifically expensive” is relative. It's about $6,000 for a new pack for my LEAF, and less than $3,000 for a factory refurbished pack. Is that more than the blue book value of the car? Almost.

That's it, all the electric car facts on hand. If there's more you think should be here, feel free to contact me.