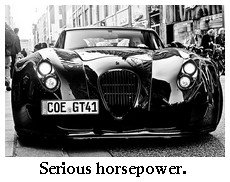 When it comes to electric car motors, the most commonly asked questions start with: "How many horsepower...?"

The Corolla question (why does my Toyota need every single one of its 120 horses to push its light little body around, while a 24hp WarP 9 in the same car would give it twice the pepper?)...well, that's easy. It's just that the answer kind of makes you want to shake your head and blink. 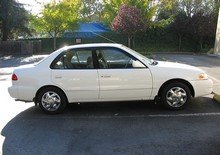 When you hear that electric car motors are more efficient than gas-guzzlers, this is what we're talking about. What we mean is "a LOT more efficient". Most of your Corolla's 120 horses are being used to get from 0-35 mph, which gas engines are not that good at - it takes them a while to find their torque.

Electric car motors (especially series wound DC motors like that NetGain WarP 9), on the other hand, have a particular talent for low-end acceleration, which is just one of the many reasons we love them!

The new version of Build Your Own Electric Vehicle by Seth Leitman - recommended reading! - has some really good answers to the horsepower question. Here's the gist: 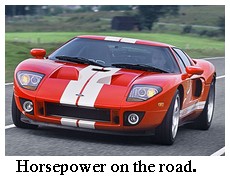 Translating "gas-guzzler engine horsepower" to "electric car motor horsepower" feels a little like translating English to Japanese - not a lot of words in common! Once again, it's - mostly! - all about the voltage.