Gasoline Prices: Pinned to the Pump! 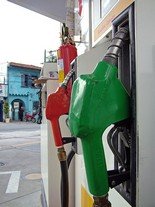 We all still have reason to care about the price of gasoline, though, to one degree or another. For one thing, some of us still have a gas-gobbler lying around gathering dust somewhere (for longer trips). For another, higher gasoline prices mean that the price of everything goes up - even the cost of electric cars themselves. They (and their parts) have to be shipped from somewhere on gas or diesel guzzling trucks. And for those of us who are still waiting for our electric dream car, we're very interested in the price of gasoline in our neighborhood because, well, we're still pinned to the pump.

...and whether we like it or not, we Americans are all affected by the strength (or weakness) of our economy.

Why are gasoline prices going up? 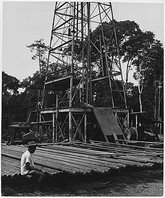 Thank you to The Energy Information Administration website. for reference data from the US Department of Energy.

From region to region, other things cause the price to vary, such as the cost of shipping to remote areas and local competition among stations. 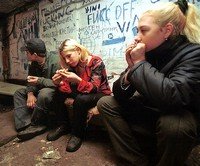 How do we know we're oil addicts? We can check ourselves into rehab if:

...and just generally, if we're "pinned to the pump" we do whatever we have to do to continue using our drug of choice, even while it kills us.

More and more people in America, just like you and me, are tired of the addict lifestyle! We bought our SUVs because car salesman convinced us we HAD to for safety (and other, less understandable) reasons, but are now regretting it for so many reasons - we're feeling mugged by the oil companies, disgusted by the oil-dictators' policies, frightened by global-warming related weather disasters, and choked by fume-polluted air.

We don't want to be pinned to the pump anymore, so we look for alternatives.

Our interest in electric cars is a big step towards breaking free of the national addiction.

Let me introduce you to my new favorite thing: EV plus PV. Catchy, right? It's an electric car, fueled up at your house by solar panels on your roof that you own.

Free fuel for life, and you own the means of production. You know every mile you drive is 100% non-polluting, you don't have to wonder about your grid's electricity sources. When the gasoline prices go up, your fuel prices stay the same as they ever were - ZERO.


Back to Electric Car Advantages.