Ever wonder how batteries work?

Here's an email I received last week from a guy in Astoria.

How do batteries work, and are they the same as capacitors? After some emailing back and forth, I discovered he's a curious eighth-grader - and he and his best friend are making plans to convert his mom's Town and Country to electric. I wonder...does she know about this plan?

At any rate, I thought it was a good question, and did my best; )

How Batteries Work:  A model.

Imagine two buckets sitting side by side.

...and finally, build a fish-ladder (salt bridge) between the two buckets so the ions (charged bits of molecules) can go freely from one soup to the other, and you've got a model for a voltaic cell.

Put a bunch of voltaic cells together, and you've got a battery.

How easy was that?

It's all about the water. 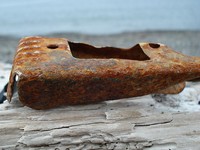 You know water has a tendency to rust metal things, right? This is oxidation, and it's nothing but electron theft.

And when the water's acidic, it's an even better thief. So...

...When I stuck that spoon into the acidic soup in our left-hand bucket, it started to get pitted and change color and generally get smaller than it used to be. Why? Because the acidic water makes the metal let go of its electrons, and without electrons, metal becomes goopy powder. The spoon erodes away into the soup.

Those electrons bounce aimlessly around in the soup until they find the string leading to your IPod, where they are immediately enslaved and forced to shout offensive rap lyrics at the top of their lungs...

...then sent on their way down the string to the right-bucket's spoon.

In other words, your battery is dependent on two things: water, and the anode - some metal to steal electrons from. And your battery is also limited by two things: water (it spills, it evaporates, it keeps needing to be refilled) and the need to steal electrons from the anode, which will eventually get eaten up. Then, it takes time to carry out a chemical process in water, like the recharging. Who wants to wait around for eight hours while the battery charges? 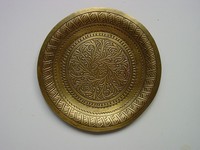 Well, it turns out that if you ADD electricity to the system, via a battery charger, you can plate that metal back on to the anode; after you charge it up, it's got a whole new set of electrons to steal. Not all batteries are made to recharge, as you know, but the ones in your electric car are rechargeable. Cycle life refers to the number of times you can charge and discharge before the anode is completely toast.

How batteries work differently from capacitors 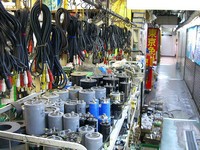 What's a capacitor, then? Same?

Oh, it's another electron enslavement and storage device all right, but it works differently. There's a surface where electrons collect, and a surface where they don't collect, and a gap between; the difference is called "voltage". You can fill up that surface with electrons pretty quickly, and dump them off quickly. Much, much more quickly than going through the whole chemical process with a battery.

With a capacitor, the ten minute charge is possible.

However, it's a challenge to make a capacitor big enough to collect enough charge (and dump it when YOU want it dumped) to run a car, and cheap enough to compete with our old pal, the lead-acid battery. Labs have been improving materials over the years so that the charge-collecting surface can hold more and more electrons, and when they make a significant improvement they call it "super" (as in supercapacitor) or "ultra" (as in ultracapacitor).

Zenn and EEStor are working together to produce an electric car that's powered with an ultracapacitor, which uses the molecular properties of barium titanate to collect a lot of electrons in one place, then send them off in an orderly fashion like kids on a fire drill.

Tough part is, I guess it's difficult to produce lots of this barium titanate that's pure enough. Tiny impurities can send the electrons tumbling out in a chaotic rush, flash-frying anything in their path to the ground - like for instance you.

...Zenn and EEStor are working on an ultracapacitor to power the new generation of Zenn, but it's not here yet.

Back to Electric Car Batteries.