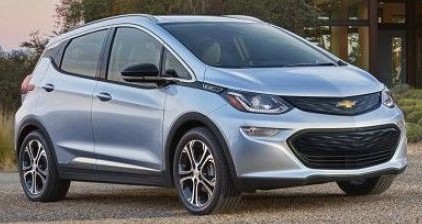 Now that Tesla has released their Model 3 with permanent magnet motors instead of their usual induction motors, you might be wondering “why?” Why did they (and Chevy, and BMW, and others) go with these motors? I thought we said per-mags were noisy and inefficient compared to other motor types.

(I'm pretty sure I did say that, speaking of permanent magnet DC motors back in the day.)

Improvements in technology and magnetic composites that could be made at a reasonable cost brought per-mag motors back into play for electric vehicles...

...and rightly so, because they are fantastic! The torque and power density of an AC permanent magnet motor is the best on the market, and this is just what you want for an EV. Let's see what permanent magnet motors are all about, and why we are going to be seeing a lot of them in electric cars from now on.

Permanent magnet AC motors have solved all these DC motor problems to a large degree through improvements in motor control and design.

If it has surface-mounted magnets on the rotor, it's called an SPM motor. These are very efficient, high torque, easy cooling.

Downside of SPM motors: uses more rare earth magnetic material (such as neodymium and samarium cobalt) than other types of motors, which costs more.

If the motor has its magnets on the inside of the rotor, it's called an IPM motor. Features of IPM machines include:

(This is the Chevy Bolt's motor type.)

Also called “outrunners”. These have the rotor on the outside and the stator on the inside.

These have the advantage of higher torque at lower rpm, but the tradeoff is that they are hard to cool because there's no path to get coolant in there and let heat out; and the magnets are bonded into place which adds weight and material cost.

Axial flux motors are characterized by magnetic flux running parallel to the rotational axis. They have higher torque and power density than the radial flux type per-mag motor.

This type of axial flux motor is characterized by...

These axial flux motors are characterized by...

(This would be my choice if I wanted to design an electric car with in-wheel motors, I think.)

To learn more about the permanent magnet AC synchronous motor that is currently being used in the Chevy Bolt, check out this video from Professor John D Kelly at Weber State University who takes an in-depth look at the drive unit so you can see everything that goes into it.

Back to the Electric Car Motors page.