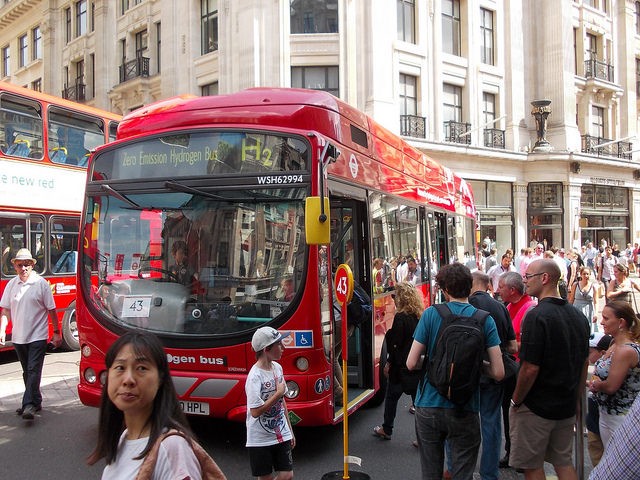 Hydrogen fuel cells in city cars, trucks, ships, and other transportation and shipping modes would seem to be a blessing. After all, fuel cell cars have electric motors, so are as fun and exciting as we electric car drivers are used to enjoying; but with longer range and quick refills. Familiar driving routines and fill-up rituals! So, given the advantages, are there any problems with fuel cell cars?

But hydrogen fuel cell vehicles emit no CO2 or any other nasty stuff at the tailpipe, which makes them ideal for city driving!

So what could be wrong with that, you ask?

(Well...you know that old saying, if it seems too good to be true, it probably is?)

Here are the five main issues or problems I've found that will have to be solved before I can unreservedly endorse hydrogen fuel cells.

1. The Hindenburg factor. Hydrogen by itself burns impressively; but add a little oxygen from the air, and kablooey! Detonation.

I mean, if the thought of 15 gallons of gasoline going up in flames is enough to make you want to put out your cigarette and turn off your engine, just imagine what 5 liters of compressed hydrogen could do! (The Challenger explosion, for example, was caused by a hydrogen/oxygen fire. A much bigger one, with a crap ton of hydrogen and oxygen involved, but still.)

That said, scientists have been working with hydrogen for a while now, it's in common usage in other applications, and they have pretty much figured out how to keep the kablooey to a strict minimum. To be fair to hydrogen, we take our lives into our hands whenever we fill up a gas guzzler, too; but we've figured out how to keep that danger to a minimum with protocols and precautions, and I imagine hydrogen will be no different.

Battery electric cars by comparison to either gasoline OR hydrogen fuel cell cars are very VERY much safer. 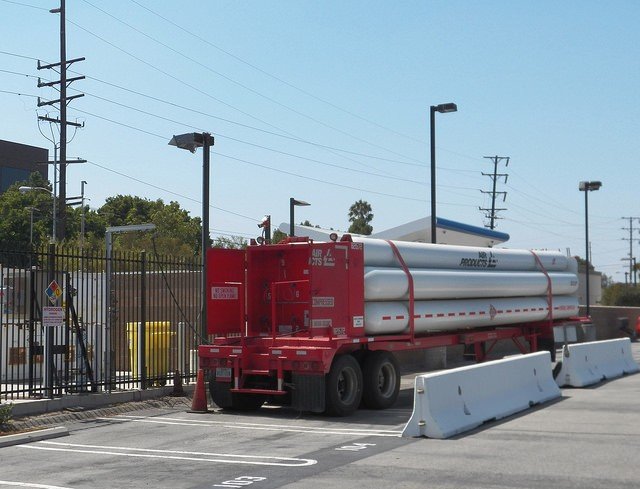 2. There's not much infrastructure. If you look around and see ZERO hydrogen filling stations in your neighborhood, you're in good company. Here in the US, there are hardly any. 39 at last count, most of them in California. In Canada, there is just one. That 300 mile range won't do anyone much good if there's no place to refill the car!

And how much does it cost to install a hydrogen fueling station? 6 million USD each (pdf).

For comparison, how much does it cost to install an electric car charging station? From the Department of Energy website (pdf):

BTW, both of these are expected to become cheaper as time goes on, because electric cars and fuel cell cars are new technology.

3. The hydrogen is derived from fossil fuels. From the Department of Energy website: “Today, 95% of the hydrogen produced in the United States is made by natural gas reforming in large central plants.”

As you probably know, natural gas is just methane (CH4), usually with some other nasty stuff contaminating it.

Near term, there is almost no (5%) non-fossil fuel source of hydrogen. It's almost all coming from natural gas, often extracted through fracking, which is a problem in itself; it is always transported through pipelines, which tend to leak and must cross indigenous land and water holdings...

...and when you remove the hydrogen from methane it creates quite a lot of CO2.

That's by the steam methane reforming method. Other methods of extracting hydrogen are still either less efficient or more expensive, though very smart people are working on alternatives right now. SMR is today's cost winner.

Why is natural gas so cheap in the US, you might wonder? (It's artificially cheap.)

This is because of a law called the Natural Gas Policy Act of 1978. Back then, our government (US) was afraid that we would run out of natural gas, and that people wouldn't have heat in the winter. In response, legislation was drafted that exempted “tight” natural gas (that which can be extracted from shale, sandstone, and carbonate) from price regulation in order to encourage production from what were thought to be very limited sources.

In the time since, we have discovered that those sources were much more abundant than we realized; and we have become very efficient at extracting natural gas from those sources.

Unfortunately, the law hasn't been updated to reflect this new information, so this resource extraction continues, almost completely unregulated. 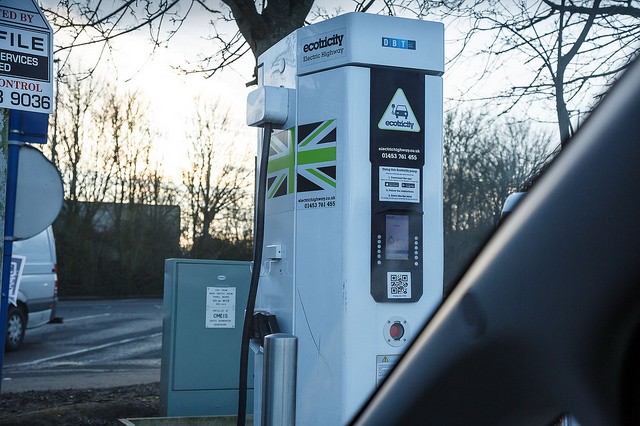 Battery electric cars do a better job of reducing automobile carbon dioxide emissions, by a wide margin. Anyone who CAN drive a battery electric car, and for whom that will meet their driving needs, should be able to do so. Trading a gas guzzler for a battery powered electric car immediately eliminates a huge source of carbon emission.

Battery research and charging infrastructure might be a better use of public resources.

I swear, the gas and oil conglomerates are like a drug cartel. They have a substance they want everyone to be addicted to; petrol-e-crack. There's wads of money in it. It's been suggested that fuel cell cars are a scam, created as another sneaky way for the oilies to crawl into your pocketbook.

Politicians fall for it all the time. They, just like the oil conglomerates, don't want to leave wealth in the ground. I get it. I probably wouldn't choose to leave my wealth undeveloped, either.

But here's the thing: natural gas can be a lot more valuable when it's used to create other things besides just being burned for electricity or processed for hydrogen.

Geology.com says: “Natural gas is an ingredient used to make fertilizer, antifreeze, plastics, pharmaceuticals and fabrics. It is also used to manufacture a wide range of chemicals such as ammonia, methanol, butane, ethane, propane, and acetic acid.”

Once that precious natural resource is gone, it's gone – forever.

Do we really want to sell it cheap to burn for electricity production, when we could use solar and wind (with battery storage) to produce abundant cheap power, and instead sell our methane for a lot more money (30x the price) to the manufacturing market?

That's what “keep it in the ground” really implies, in my view. Not “leave it there forever”, but rather “be smarter with our limited resources”.