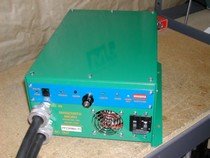 Electric car battery chargers are pretty expensive, and for some reason are the last thing we want to spend money on (am I right?). Motors? Okay. Controllers? Fine. Batteries? Absolutely. But the charger gets the very tail-end of the conversion budget. And that's not always a bad thing.

Just for the cheapskates, I've got a whole page devoted to the one-battery, one-battery charger method, here. (Which apparently works just fine, if a little awkwardly.)

Think you can handle a Bad Boy? 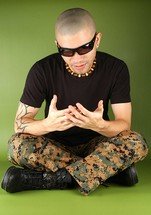 The simplest battery charger is a homemade "bad-boy" charger. It just takes current from your wall socket and zaps those electrons back into the battery. On the one hand, it's cheap and straightforward. On the other hand, like every other bad boy I've met...

More about how to build and civilize your bad boy charger here.

Here's where all the money goes with those expensive electric car battery chargers. Think of your battery pack as a dewy-eyed little debutante, fresh out of prep school...

...who's out with Daddy's credit card at the all-night juice bar. Night night~~!

While you're sleeping, the smart charger is standing over your battery pack like a British nanny, making sure she changes into her jammies, brushes her teeth, and goes to bed early.

That bad boy charger you built to save money? He's out there getting your pack liquored up, teaching her to play strip poker, and occasionally yelling "Burn down the HOUSE!"

It's your call, really.

All that clean living will lead to a long, happy life for your debutante - or with a bad boy in the house, she'll probably end up in rehab.

What else do you get for your money with a smart charger?

Well, as you probably know, those expensive batteries you just bought have very specific charging needs. Battery University says: "The performance and longevity of rechargeable batteries are to a large extent governed by the quality of the charger."

For example, the smart charger knows that lead batteries and lithium batteries have a similar charging regimen, in three stages, and goes something like this:

Both lead and lithium chargers know when to switch stages because of voltage feedback from the pack. This makes it pretty handy to switch to lithium batteries if you've got one of the programmable electric car battery chargers - so not only is it smart, it's flexible. (Thanks to Battery University as usual for the reference.)

Another benefit: a little built-in reconditioning. The full-pack smart chargers tend to have a reconditioning charge setting, which you can use to desulphate your pack every so often for longer life.

What the British nanny can't see

One major problem with the nanny and her young charge (besides the bad pun, I mean...): the debutante is more than one battery, but the nanny can't see that. If she only monitors the whole pack voltage rather than individual battery voltage, this oversight might harm the whole pack.

Jerry Halstead tells this story on his website which illustrates the point perfectly:

"We once awoke in the middle of the night to our CO2 detector beeping and found the charger essentially boiling the battery pack.

One (or two) of the battery cells had gone bad enough such that the phase one threshold voltage was never reached. Without a default timeout the charger merrily cranked eight amps into the pack."

There is a workaround for this, and Jerry talks about it here. The whole article is great.

Second potential problem is that if part of the charger goes bad, the whole charger is on hold until you get it fixed. You have to get parts from the manufacturer. On the other hand, Jerry says that in his experience EV battery charger manufacturers are small enough companies to be very responsive to customer needs, so it shouldn't be any problem getting help.

And the most popular electric car battery chargers are...