Revenge of the Electric Car 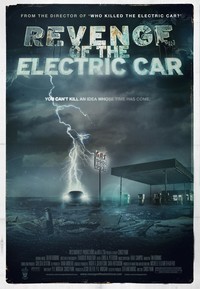 I saw Revenge of the Electric Car last night.

Despite what you might expect from the name, there's surprisingly little revenge involved. There's no self-congratulation, no dancing on Goliath's grave...

...in fact, no reference at all to the considerable effectiveness of Who Killed the Electric Car? in spotlighting the collusion between policymakers and large corporations to further their own interests at the expense of the people and the environment.

This time, instead of electric car drivers cast as heroes and the crushed EV1 playing the damsel in distress, the focus is on carmakers - the visionaries who've responded to the call for action in Who Killed the Electric Car? and have taken enormous risks in terms of money and reputation in order to bring electic cars to market.

In Revenge of the Electric Car, there are four main heroes, and four different stories: 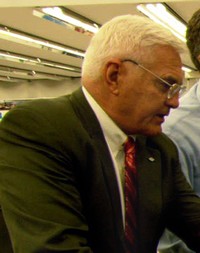 In the beginning of the film, Dan Neil, WSJ journalist and long-time auto enthusiast, comments on Bob Lutz' change of heart concerning electric cars. "In 2003, 2004," Dan says, "you couldn't find someone more dismissive about electric cars. But then - I think something happened to Bob Lutz. I think he began to see the light."

Well, that's an easy one. He fell in love the same way we ALL did: he drove an electric car. When he describes driving the Chevy Volt around the track for a while on 100% electricity, you can see his EV grin for yourself.

Next, Chris Paine to Bob Lutz: "How did it feel, driving an electric car?"

(Ooh, the ever-awkward "Morning After" discussion. I guess Bob didn't want to talk about the wild ride that changed his religion - but we can imagine it. Can't we?; )

Speaking of which - I can't believe I'm saying this about someone who said "Global warming is a crock of sh*t" - but in the movie, Bob Lutz is kinda hot, isn't he? I'm always falling for the wrong sort of guys, I'll be the first to admit it. 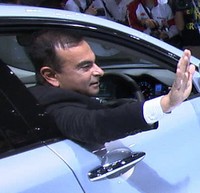 Carlos Ghosn, head of Nissan and bringer of the LEAF, also seems like a guy who might have been converted by an electric car. Nobody risks everything they've worked to build over a lifetime unless they're in LOVE, right? It's a little hard to tell, because Mr. Ghosn is one cool customer, but I think somewhere, somehow, he was bitten by the EV bug.

Five years ago, Carlos Ghosn found electric cars profoundly uninteresting. Today, the LEAF is Nissan's centerpiece. They actually seem to be building the company around the car, investing a ton of money into electric cars. If the LEAF fails, the film points out, both Nissan and Carlos Ghosn will be finished.

Carlos Ghosn is not obviously a guy swimming in sex appeal, but there's something interesting about him anyway. He's blindingly competent. He waits for his opportunity and lets the competition underestimate him. Then he wins.

Who does that remind me of? Eli Manning. I think Carlos Ghosn has some Eli Manning in his game, and I'm pretty sure that his Nissan LEAF will be going all the way to the Super Bowl, too. 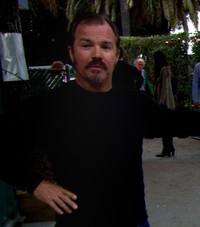 Greg Abbott must have the worst luck in the WORLD. He's a visionary, too - a conversion shop, one-car-at-a-time sort of visionary, but still - he's changing the world by bringing electric cars to market. I'd say that Reverend Gadget and the thousands of EV converters like him are the reason electric cars never died, and never will.

So there Mr. Abbott is with his beautiful bride, dreaming of building a half-price Tesla for the average commuting Joe - when his conversion shop, Left Coast Electric, burns to the ground. Investigation soon proved that it was arson.

What?? No conspiracy, no evil genius out to kill the electric car; just senseless vandalism. It probably wasn't even personal, let alone political.

Rather than whining, Greg salvaged what he could from the ashes and said he would rebuild in a new location. Unfortunately, the new location turned out to be a rathole of a place, full of toxic dust, not even inhabitable.

And after all that, Greg STILL didn't give up on his electric car dream.

It occurs to me that there are a lot of Greg Abbotts in the EV world, people who have invested their lives and their fortunes into bringing electric cars to life, no matter how the winds of adversity might blow; they just keep coming back, they keep trying. I love the fact that Chris Paine highlighted the contribution of the hobbyist and the one-man conversion shop in the electric car revival, because the two worlds - conversion shop and commercial automaker - rarely seem to meet. 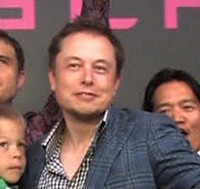 Elon Musk might be the bad boy, he might be the upstart out in California who thinks he can build electric cars, but he's also a guy with a young family (five boys? Yikes!) who has been working like a pony in the salt mines to get his Tesla electric cars out to their customers. Chris Paine has captured the human side of Elon Musk as the guy who's so tired he can't form sentences but still has to go back to work, the guy who is on call 24 hours a day ("call me at 3am on a Sunday morning to help solve problems and get these cars finished", Elon says to his engineers in the film), and the guy who gets to explain in person to his disgruntled customers why the price of their Roadster is going to be MORE than they originally agreed to.

Elon Musk took on a big challenge when he took on Detroit at their own game, and he invested a lot of his money personally into Tesla Motors. What impressed me most about Elon Musk and the Tesla Motors story is the hard work and persistence it takes to bring a dream into the world; and despite his bad boy reputation, Elon clearly has integrity. And character is sexy.

My favorite scene from this segment is where they're going through the Tesla factory, following Elon along on his day at work, and there's a mechanical problem with one of the cars. Elon solves the problem with the engineer, and Chris Paine realizes that the car in question is his car, the silver convertible he ordered and had been waiting for. It reminds me what a small world the EV world really is!

If you haven't seen Revenge of the Electric Car yet...

Revenge of the Electric Car is available on DVD or download.